As promised, next years race dates have now been confirmed, looks like a busy year, especially April. Shame Southern 100 has moved from its traditional week, straight after Skerries, as it means a few will miss it as it starts the day after Walderstown.

Also Manx Grand Prix starts the same day as Cork. I won't be racing at The Classic TT this year, but will be putting in an entry for Supertwin race during The Manx, so fingers crossed for that.

Still does mean if I don't get an entry I can go to Cork instead.

I would like to do as many as possible, but we see how we go, and after the organisation of some of the meetings I will be thinking long and hard about which clubs I race with.

This will probably be my last update this year, so I wish you all a very merry Christmas and a safe and happy New Year.

Cheers
Stuart
Posted by Unknown at 20:37 No comments:

Well spent some of last week tinkering with my SV and the first job was to straighten the steering, which on the face of it appeared that the forks had twisted in the yokes.

Having loosened everything off I tried lining the front wheel up with the bike. Sadly this didn't work so decided to drop the forks. 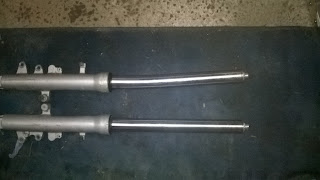 You don't need to be a suspension expert to see why the steering wouldn't line up, yep forks are bent.

So next job will be to strip and repair.

Sadly I didn't get to try and fit the fairing as without the front wheel in would be difficult.

Still I did drop the engine and removed the barrels so that I can replace the piston rings. Whilst the barrels were off I cleaned the pistons up ready for the rebuild on my next visit.

So until next time take care and speak soon

I know it's been a while, but not much has been happening at Black Dub HQ over the last few weeks, have been stripping bike down to see what damage was done as a result of my off. Luckily not much more than cosmetics and a few bent bolts.

Hopefully next week I will try and fit my new fairing, so will let you know how that goes.

Today my postman brought me a nice surprise, a CD of photo's from the year by Jimmy Windows. As always many thanks Jimmy, is a nice boost in these cold wet days we are having, to be reminded of the warm sunny days of Summer, well apart from Tandragee that is.

Provisional dates for next year are out, but these have to be confirmed in the next few weeks by MCUI.

April is looking busy with 3 races, Mid Antrim kicking the season off on 2nd April.

I will of course post up dates as soon as they are confirmed. Until then enjoy the pictures. 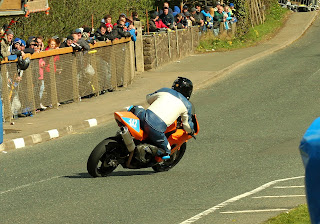 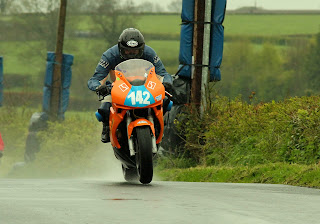 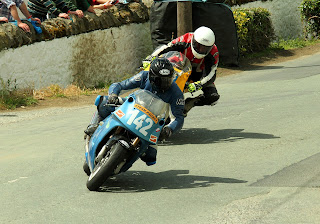 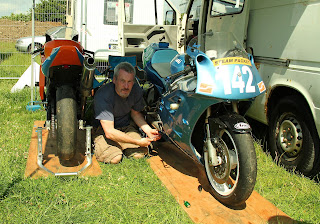 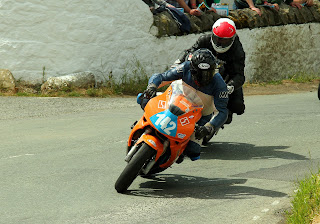 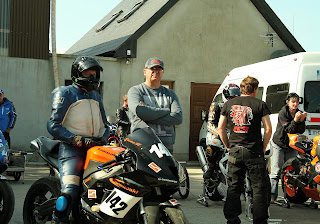 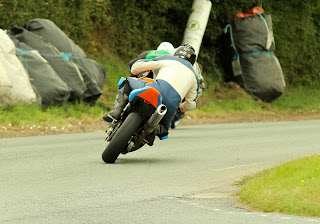 Hope you enjoy the photo's as much as I did posing for them.

Cheers
Stuart
Posted by Unknown at 16:27 No comments: