Long Over Due Update

Apologies for the delay in updating my site, pesky work has got in the way.

Anyhow, I have still been busy working on my bike, both here and in Northern Ireland.

This has lead to my usual time spent at airport security trying to explain what these various lumps of metal are.

My worst time was when Gatwick decided that I couldn't take the rear axle, despite it being let through previously. Still the nice people at Easyjet booked my bag into the hold for free, so not all bad.

Anyway back to the bike.

I've been cleaning and painting various bits so it looks like I know what I'm doing at least. There have been lots of bolts that have been replaced so will be easier to work on in future.

After stripping the loom of all un necessary wires I got home to find that you now need a rear light for adverse weather conditions, so back in went some wires.

I've also added case savers and also replaced the end can as it was well battered.

The last visit over saw me bleed the brakes, fit the wiring loom. Add the foot pegs that I made onto the rear sets that my Dad cleaned up for me. Again this was only for asthetics as they were a bit of a mess.

I bought a lathe a couple of years ago as always wanted to be able to turn stuff, this project has given me loads of practice making footpegs, lever ends, crash bungs and various spacers, and have to say it's been great fun.

The sub frame was stripped of some brackets and has been repainted, thanks to Adrian and Josh.

After refitting the loom it was a nervous moment to see if she ran. Luckily on the first press of the button she burst into life and ticked over quite happily.

I hope you, from  the photos below,  agree she is looking more like a bike again.

There are afew bits left to do but nothing major, then she will be ready for the faring to be fitted, which is once again being painted by Adrian, so fingers crossed she will look the business. 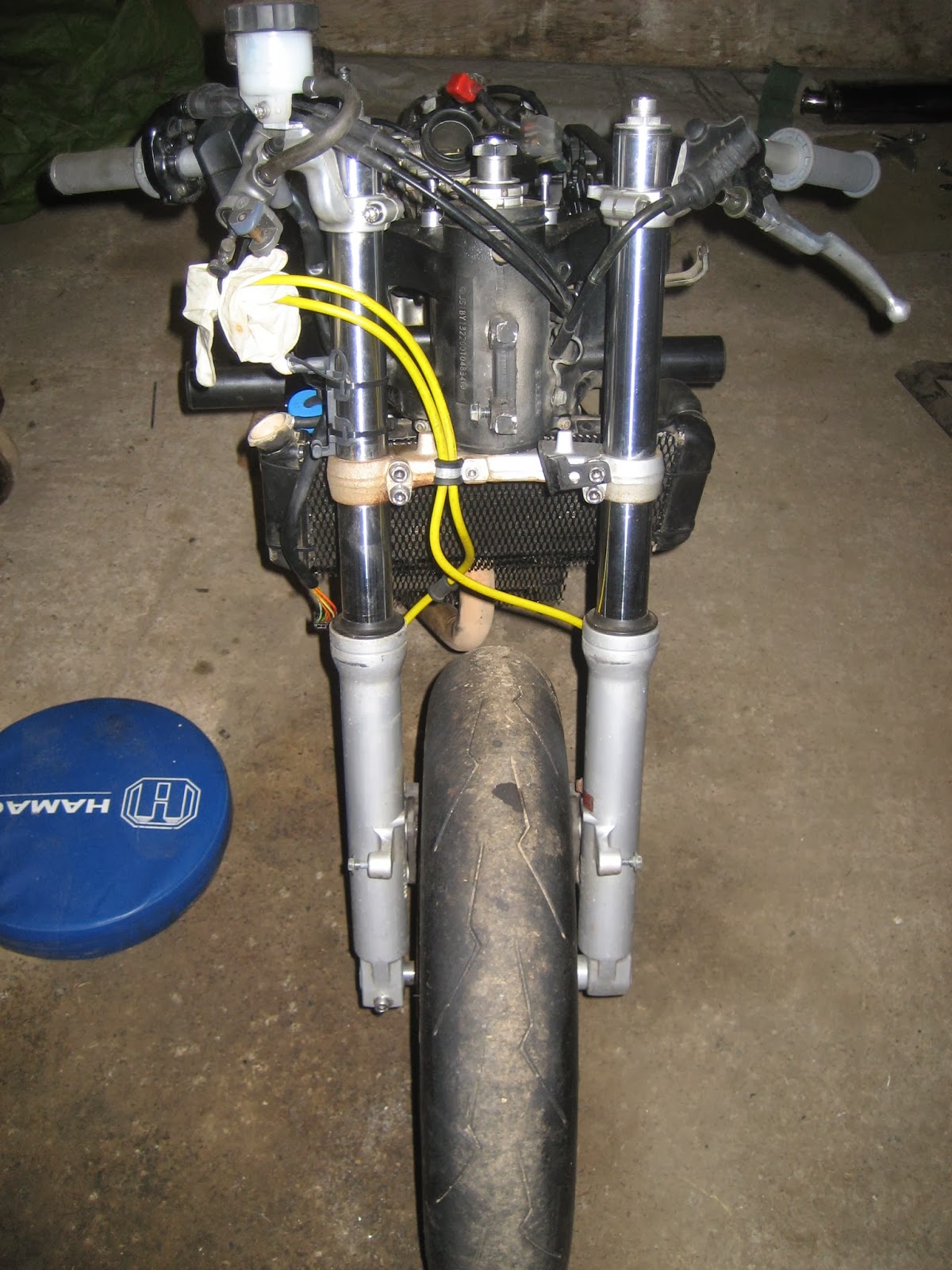 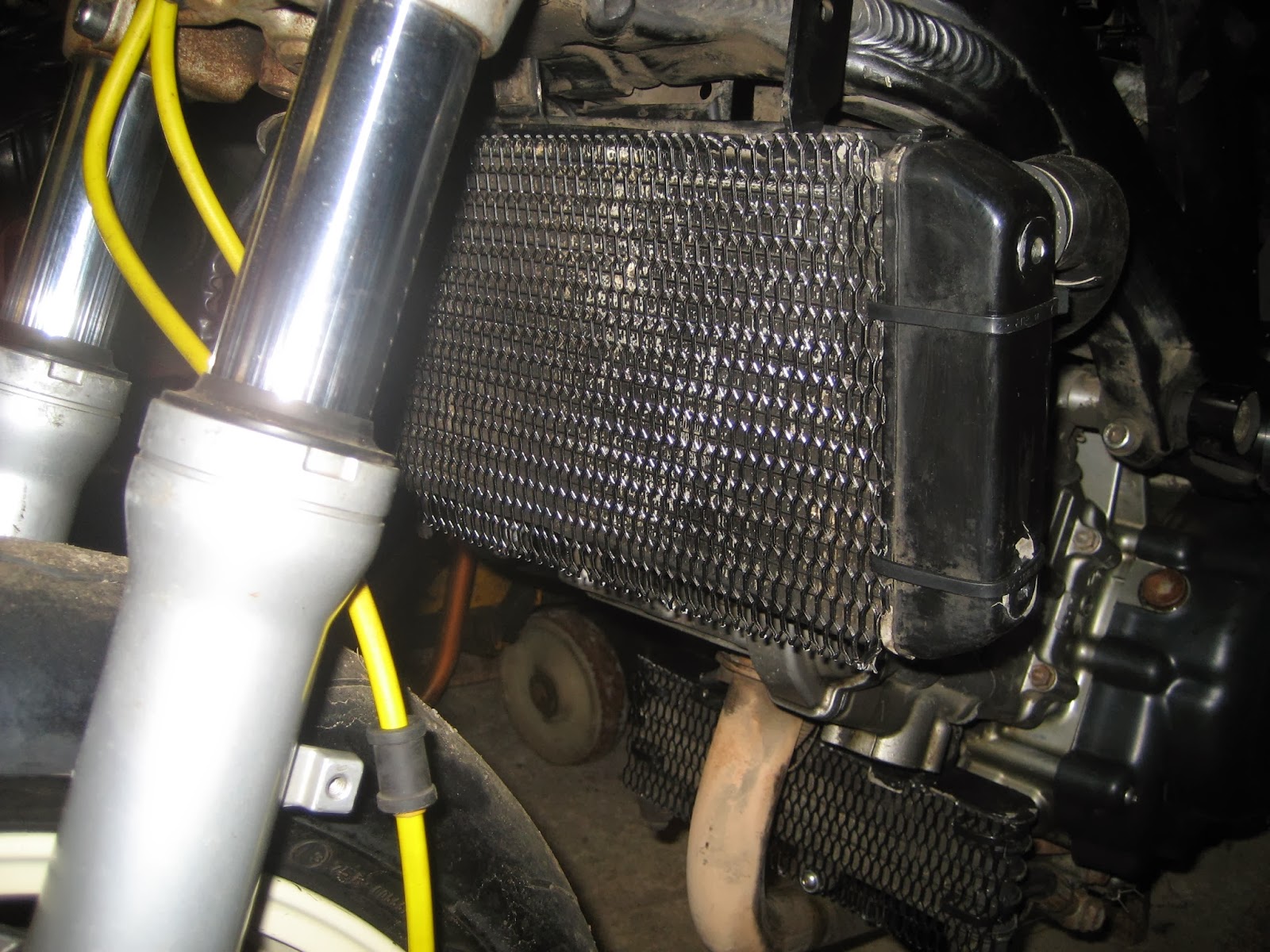 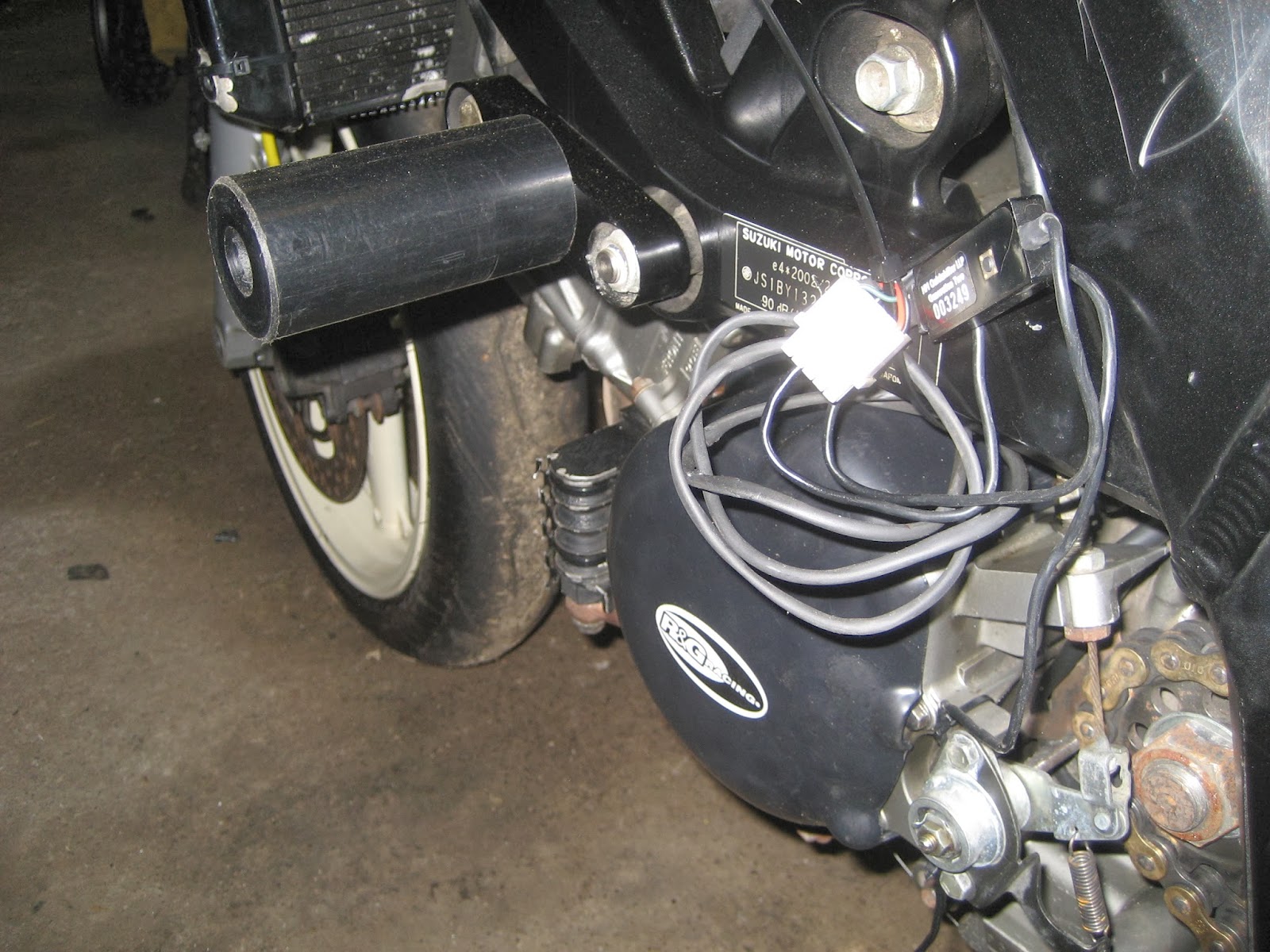 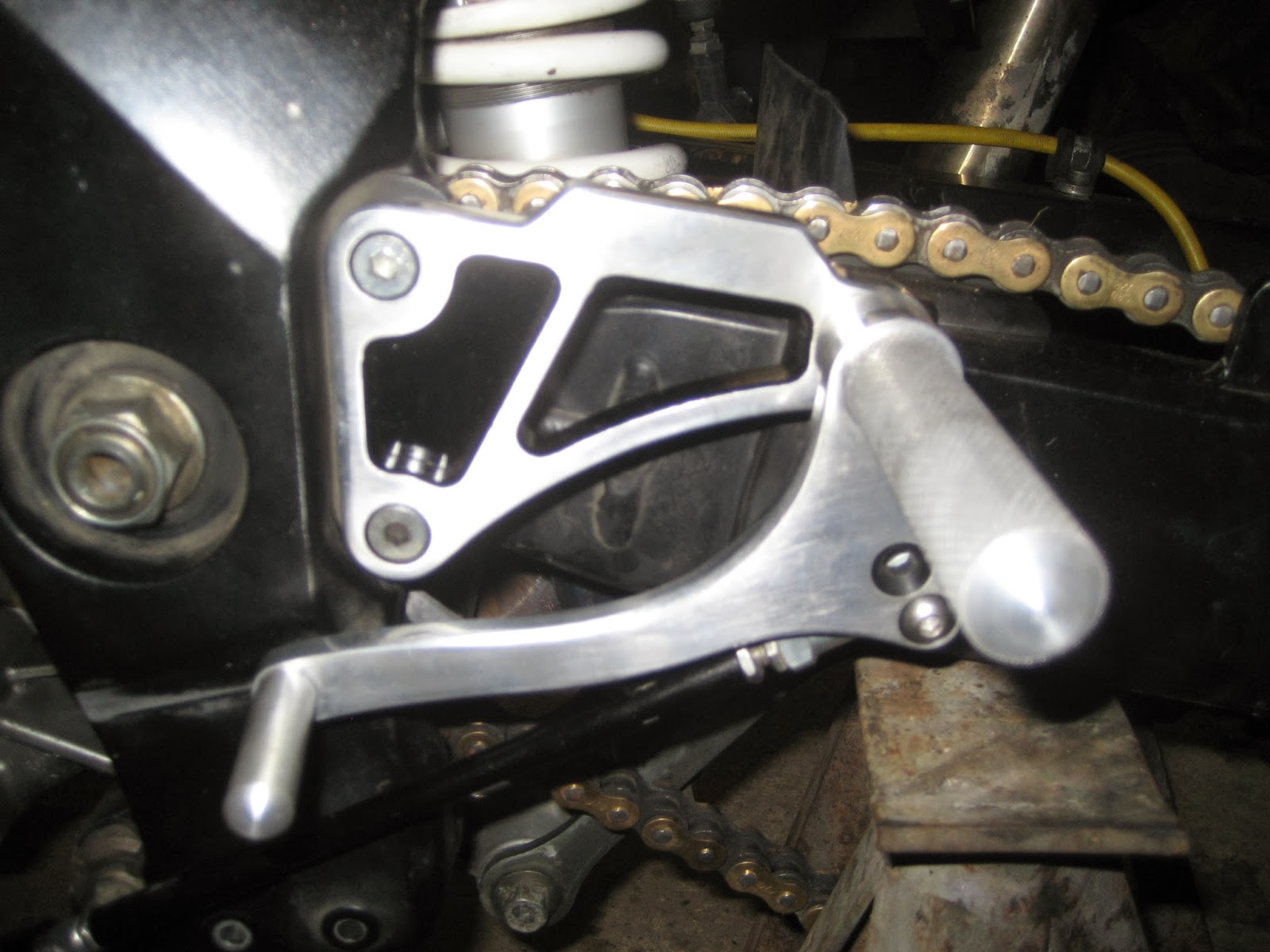 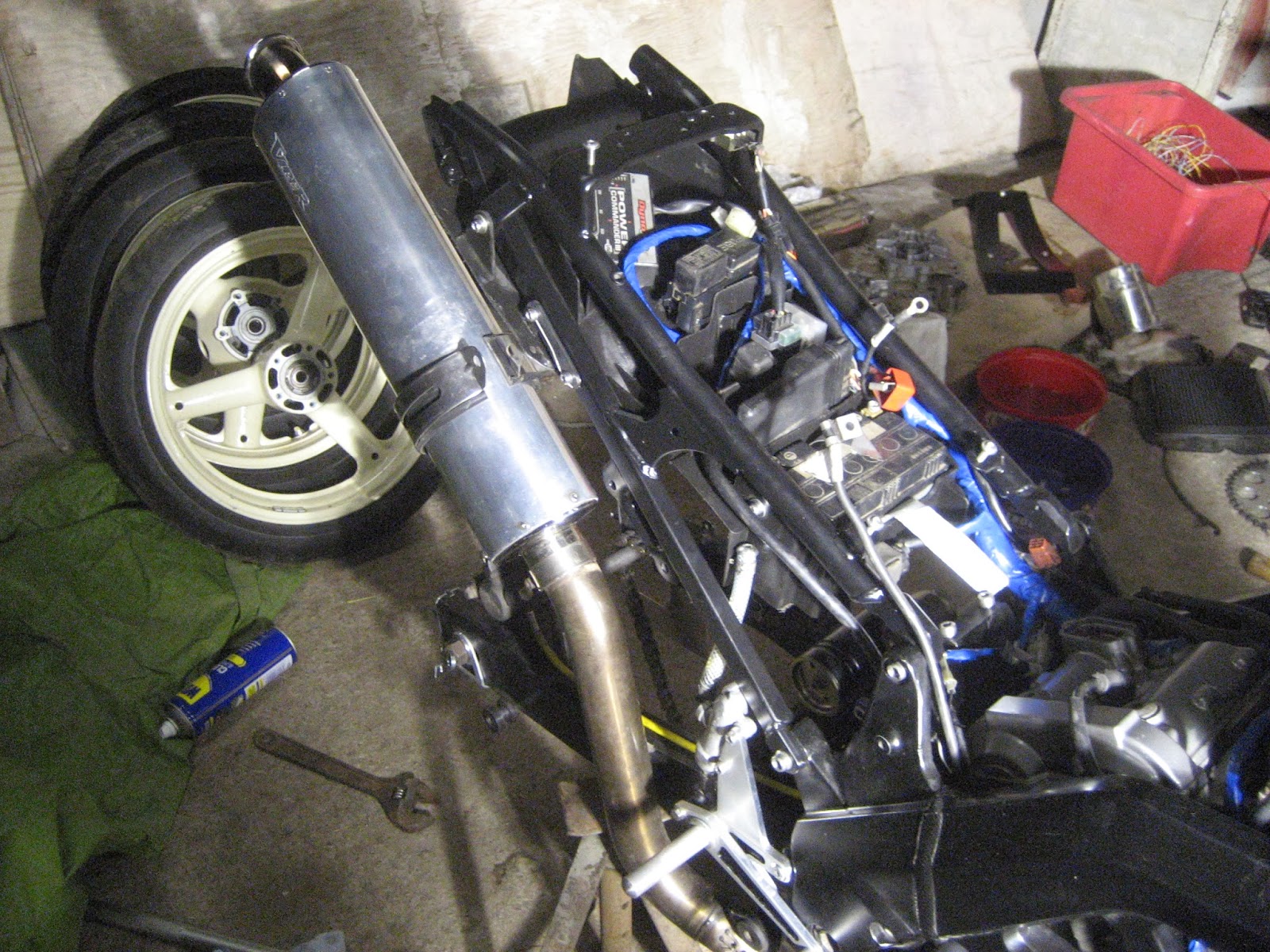 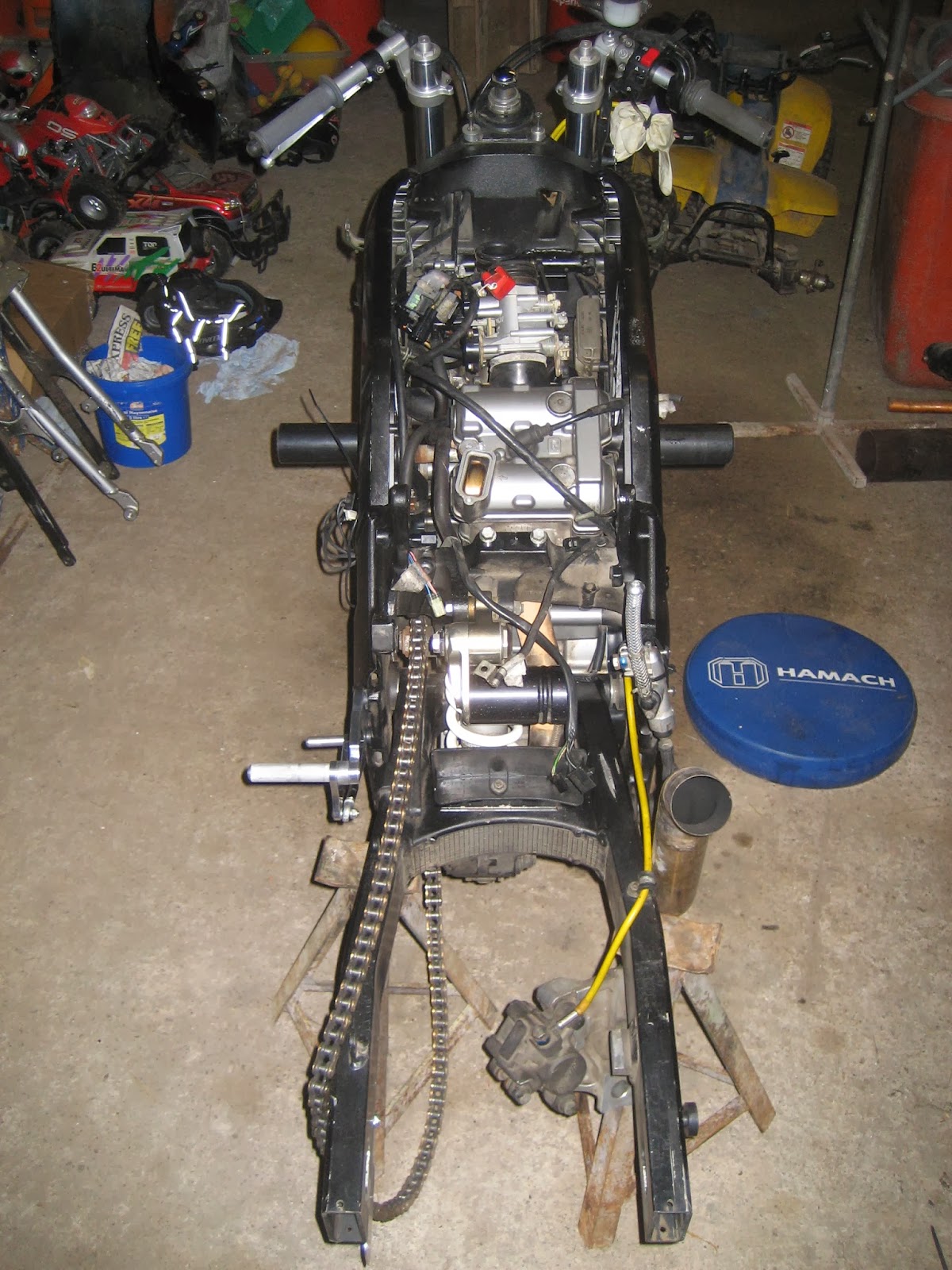 So there we have it, with less than 6 weeks to go until Cookstown, we are on schedule without too many late nights hopefully.

Hopefully there will be an update soon, so until then.